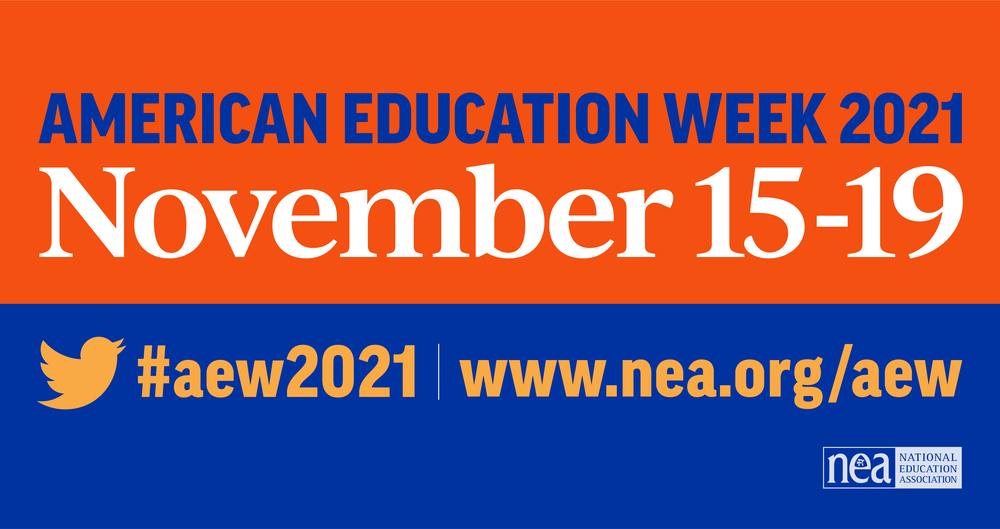 November 15, 2021 - It’s American Education Week - a time for us to celebrate our public education system and all of the people who work hard every day to ensure our young people are informed and prepared to succeed in life after graduation.

Did you know that this year marks the 100th observance of American Education Week? Here is some fascinating information about the event’s origins from the National Education Association website (nea.org):

Distressed that 25 percent of the country’s World War I draftees were illiterate and 9 percent were physically unfit, representatives of the NEA and the American Legion met in 1919 to seek ways to generate public support for education.

The conventions of both organizations subsequently adopted resolutions of support for a national effort to raise public awareness of the importance of education. In 1921, the NEA Representative Assembly in Des Moines, Iowa, called for a designation of one week each year to spotlight education. In its resolution, the NEA called for: “An educational week...observed in all communities annually for the purpose of informing the public of the accomplishments and needs of the public schools and to secure the cooperation and support of the public in meeting those needs.”

The first observance of American Education Week occurred December 4-10, 1921, with the NEA and American Legion as the co-sponsors. A year later, the then U.S. Office of Education joined the effort as a co-sponsor, and the PTA followed in 1938.

We encourage all students, families, and community members to take a moment to recognize and appreciate school staff members for the important role they play in our education system, and to thank them for their incredible dedication and commitment.